It’s a trend these days, to tell people that you’re a non-smoker and that you quit the habit by turning to vaping instead. Then, as if to prove what you say is true, you reach for your Smok device and inhale that cocktail of chemicals and nicotine that to you, is way healthier than the cancer sticks you were hooked on for such a long time.

The popularity of vaping is increasing and this is a huge concern for experts, who believe that people are simply ignoring the actual effects that e-cigarettes have on their health. People think that vaping is healthier than smoking regular cigarettes, when in actual fact, the two activities each have their own unique health problems. Read on and discover
how vaping really affects your health!

The term “vaping” is actually a slang phrase
used to define the action of inhaling a solution that has been heated up by an
e-cigarette (electronic cigarette) or battery-powered gadget. The solution used
in these devices is usually made up of nicotine, propylene glycol, flavoring
and chemical additives. So, it is very far from the truth when some people say
that vaping is the same as inhaling water vapor.

There are various types of e-cigarettes available on the market, with some of them resembling conventional cigarettes, pipes, cigars, pens and even USB memory sticks.
To distinguish between the different designs, certain researchers have graded these devices as first, second, or third generation.

Second
generation – a larger, re-chargeable device, normally shaped like a penThird
generation – a refillable device, frequently with big, customized batteries,
that look nothing like a regular cigarette. Certain parts of this device can be
replaced.

What effects does vaping have on your health?

The devices used for vaping are still relatively new, so researchers are still unsure as to the real health issues they can cause over the long-term. One thing that they have established though, is that e-cigarettes are definitely not as harmless as they are made out to be. In fact, studies show that the chemicals used in these vaping devices can
result in extreme health issues in the user’s body.

Apart from the contents of these devices being dangerous to users, it has also been found that E-cigarettes that are defective, badly manufactured or incorrectly adapted
have at times, exploded and caused injury to the person. Although the exact number
of explosions is not known, burn centers and hospitals have reported admitting patients who have been injured from e-cigarettes.

How does vaping affect the lungs?

Studies conducted by researchers show that people who vape cough more and develop increasing asthma symptoms as compared to those who don’t. Also, according to the American Lung Association, the chemicals that make up the vaping solution can result in extreme injuries to the lungs and contribute too, to heart and lung diseases later on in life.

Can vaping cause lung cancer?

Although it is still too soon to say that this can happen, there are numerous vaping fluids that contain significant amounts of recognized carcinogens like acrolein and formaldehyde. This means in theory, that the frequent act of vaping does carry the risk of developing cancer in the lungs.

Is vaping more dangerous to the health than regular cigarettes?

There is little doubt that regular cigarettes, with the thousands of chemicals generated by them, is a lot more poisonous than vaping. Although smoking regular cigarettes has definite, adverse effects on the lungs and body, there are underlying dangers of vaping that have yet to be discovered. It is the appealing habit and practice that vaping has become among children and young adults and the possible health effects it could have on
them, that is of real concern to the experts.

E-cigarettes first went on sale around ten years ago and were at that time, thought to be the safer alternative to smoking conventional cigarettes. However, when the results of the use of vaping were presented at the yearly meeting of the Society for Research on Nicotine and Tobacco recently, it was suggested that the reputation of vaping be taken
extremely lightly, if not reviewed completely.

George Washington University and UC San Francisco, recently published the results of a study where it was stated that vaping on a daily basis could possibly double the dangers of developing heart disease, while smoking regular cigarettes could triple the dangers. Even though vaping is probably less risky than conventional cigarettes, most users of e-cigarettes don’t ever quit the habit.

Vaping can encourage the use of conventional cigarettes

According to the National Academies of Sciences and Engineering, even though the producers of e-cigarettes market these products as aids for quitting smoking, vaping is popular among teenagers and can possibly encourage them to start smoking conventional cigarettes. These studies also state that coughing, wheezing and asthma symptoms could increase in teens who use e-cigarettes. More and more researchers, in other words, are discovering that vaping is not without risks, as was previously believed.

The Government is taking steps to stop vaping!

According to the FDA, they are going all out to stop the sale of e-cigarettes and their use among teenagers. They find the accelerated use of this device and the fact that it’s paving the way to addiction, extremely disturbing.

The FDA is also launching a campaign nationwide, to teach teens about the risks of regular cigarettes and vaping. The aim of the campaign is to get the message onto online sites accessed by teenagers as well as the bathrooms in high schools. 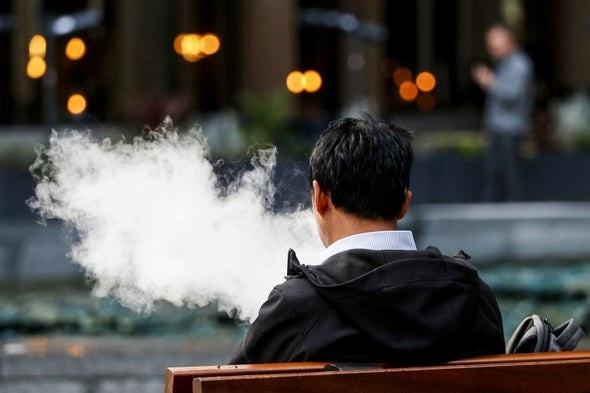 Grab The Benefits Of Doing Meditation

A Guide to Use CBD Products for Pets