Carrom is an interesting game that has a resemblance to billiards or table shuffleboard. But instead of pool cues, you use a striker and fingers to play carrom. Note that carrom can be played either by two people or four people.

No doubt, carrom is a popular indoor game across the world. To play carrom online or offline, you should be aware of the carrom board tricks and tips. Apart from the effective use of the striker, these tricks would help you evolve as a winner in major carrom competitions.

The game of carrom is equally exciting when played amongst two or four people. With these things in mind, here are the tricks and tips to increase your chances of winning in carrom competitions.

The side shot comes into play when you hit the striker to push carrom men on the opposite side. The side shot is hit in such a manner that it ultimately becomes tough for your opponent to put their carrom men in any of the pockets.

In simple words, this shot helps you take the carrom men out of the reach of your competitors. Moreover, you can hit this shot to maximize the possibility of putting your carrom men into the pocket.

The second hit is another skillful shot that can strike two carrom men in a single go. You would be able to play this shot when there is a carrom coin in your way. In this shot, the first carrom coin hits another one to place in the pocket. You have to adjust the force of striking while putting coins in the pocket.

Cut and take is one of those carrom trick shots which can differentiate you from your competitor. To be precise, a cut short is useful in a wide variety of contexts on a carrom board. In the cut and take shot, this shot directs the carrom puck in another direction.

Moreover, the striker would come back to you to help you score more. This shot usually helps you to cover your carrom men easily from your opponent.

The wide shot appears to be the most exciting in carrom. But it can be played smoothly even by newbies. But note that to play this shot, you need a certain amount of knowledge and practice. This is a particular shot where you hit the striker so that it touches the three sides of the carrom board. Then it hits the carrom men which you wish to hit.

This is one of the trickiest shots you would ever play in carrom. However, it is the most stylish shot in the game of carrom. When the carrom man is located at your side of the board, you cannot be able to pocket it based on the rules of the game. In this type of situation, you hit the opposite side of the board with great force so that the carrom men fall into the pocket.

Note that this tricky shot is usually played at the beginning of the game when all the carrom men are located in the center of the board. In this shot, you have to hit two carrom men concurrently by hitting the striker to the vacant space between two carrom men.

The Alley-oop is a term commonly associated with basketball. It means that the dribbler passes the ball to the leaping teammate to dunk the ball in the basket before landing. Note that there is no leaping in the carrom.

However, the trick shot usually implies the same. When you are playing in a team, everyone is at the advantage of playing simple and winning. With the help of this trick, you would be able to score high in multiplayer games. The right shots played with focus and concentration would help you win any contest in carrom.

So as you can see, these tips and tricks can make your game exciting. What’s more, these strategies help you evolve as a stylish and professional carrom player in major competitions. So master the tips as mentioned above and take your carrom gameplay to the next level. 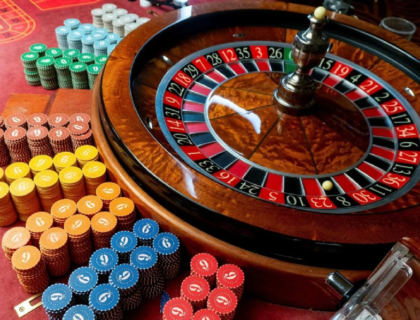 Gamble Online At The Right Casino 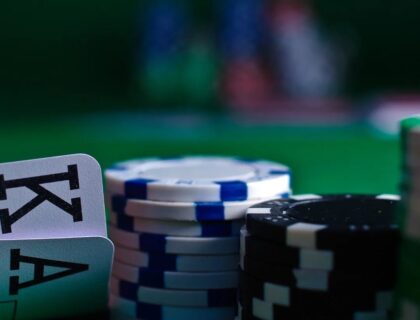 Gamblers Scramble on Slots for Free at Online Casinos