How Elizabeth I become the Queen of England?

We all have studied that Elizabeth had some tough events which brought her as a strong woman in that century. First, her mom died because of the brutality posed by the king of England and also the father of Elizabeth I, Henry VIII.

She was distinctly kept away from her parents due to gender discrimination and unexpected birth. Apart from this, a caretake was appointed to keep an eye on the little girl child and manage her daily chores.

As a woman, it becomes very difficult for them to manage the kingdom alone even if they become the ultimate queen of their empire. But more or less, Queen Elizabeth I prove this wrong to everyone and stood up as one of the most inspiring legends.

She not only inspired the whole world but also taught about how one should not treat females as inferior, even if they are.

Although, earlier 25 years in the life of young Elizabeth was quite struggling and full of hardships. Let us know the struggles of queen Elizabeth one by one in detail.

First 25 years of Elizabeth the I

Many historians suggest that Elizabeth’s throne was not guaranteed in her earlier years. But as the time passed and things got clear, everybody kept in mind the name of their next queen. The earlier years for this little girl was very crucial as per the perceptive of historians.

This was the time when young Elizabeth was being prepared for the upcoming challenges which she will be facing in her near future. After when the little princess became young, she came to know that her father ignored her.

But Elizabeth was smart enough to understand that Henry the VIII is keeping her away from the line of succession. Although, later, the parliamentary laws bring her back in the slot. The death of Henry VIII resulted in the exchange of power to his son and half-brother of Elizabeth’ Edward’. Later on, even Edward died due to weak physical health.

What happened after the death of Edward?

According to the policy of England’s parliament, the throne should move towards Elizabeth’s older sister ‘Mary the I’. Mary was the daughter of King Henry’s first wife, so by law, Mary was the next ruler in England.

You may have come across the name ‘Bloody Marry’ in any of the horror movies or while discussing devils with your friends. Well, the person behind Bloody Mary is one and only Mary the I.

Some of the historical documents say that Mary I acts very crucially against the Protestants of England. She was charged with murdering more than hundreds of protestants in the name of Catholicism.

Apart, Elizabeth cleverly managed to do nothing wrong against the former queen because of her threats to Elizabeth for any illegal crime of propaganda against her.

Finally, the time came to crown the new queen of England after the death of Mary I. At the very young age of 25 years, Elizabeth became the queen of England for more than 50 years. Queen Elizabeth eventually died on the dark night of 24th March 1603, and yet her cause of death is still a mystery. 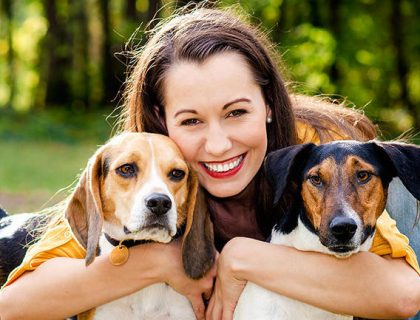 Why work with a family pet sitter?

Avail better idea on how to buy poker chips