Everything You Need to Know About Residential Doors

Doors, according to Oxford Dictionary, are hinged, revolving, or sliding barriers used for entrance and exit on establishments, rooms, cabinets, and shelves. Although simple and often taken for granted, a door is among the most important parts of a property. It provides security, privacy, and protection against harsh weather conditions for you and your family. This is why it is important to learn more about doors and their purposes.

A Brief History of Doors 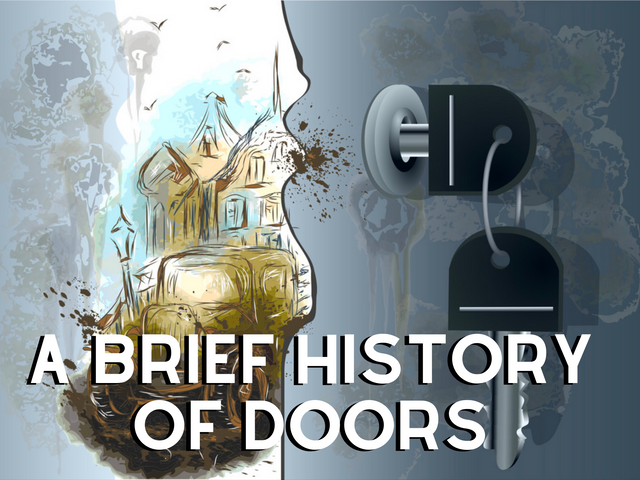 The earliest depictions of doors may be found in Egyptian tomb paintings, where they are depicted as single or double doors made of a single piece of wood. People may have mistakenly imagined these to be portals to the hereafter, and some even feature afterlife imagery. Doors in ancient Egypt were not braced against deformation because of the region’s dry climate. Other countries in the early days required framed doors. Stiles, rails and enclosed panels are used to frame doors according to a Roman writer named Vitruvius.

The oldest doors were made of wood such as those mentioned in the Bible as being built of olive wood, chiselled and covered with gold in King Solomon’s temple. The doors mentioned by Homer in his epics appear to be made of metals such as brass and sometimes silver. Some types of woods like cedar, cypress, elm, and oak were used in addition to olive wood. The oldest artefact that was once a door was discovered by archaeologists in Zurich dating about 5,100 years old. Unlike most of our doors nowadays that work with hinge, ancient doors tend to have a vertical tube-like structure encased in a socket to allow opening and closing movement.

There are various types of doors in the households and closed spaces in ancient Greece and Rome. Single, double, triple, sliding, or folding doors were used long ago. In the latter case, the panels were hinged and folded back when being opened and unfolded again when being closed. A four-panel stone door can be seen at Theron’s tomb at Agrigentum. A bas-relief of a temple with double doors, each leaf with five panels, can be found in the Blundell collection of relics.

It is wonderful to note that automatic doors existed even in the early civilizations. It might sound post-apocalyptic to some but there had been successful inventions of an automated door in different parts of the world since ancient times. During the Roman Empire in Egypt, the Greek scholar Heron of Alexandria invented the first known automatic door in the 1st century AD. In East Asia, particularly during  Emperor Yang of Sui’s reign, China produced the first foot-sensor-activated automated door, which was placed in his royal library.

In terms of aesthetics, the Medieval Era might be considered as the earliest time when designs of doors become very prominent. Since the use of metal had its peak during this era, doors were often designed with brass or bronze. The bronze plates etched out in designs cover the doors of Bethlehem’s Church of the Nativity. The bronze doors of Hagia Sophia in Constantinople, dating from the 8th and 9th centuries, and the west doors of Aix-la-church, Chapelle’s as well as others in St. Mark’s, Venice, were most likely brought from Constantinople.

During the Renaissance Era when art reached its highest peak, different countries developed various preferences for their doors. The doors in Italy were relatively simple, with the architects placing more emphasis on the doorways for aesthetic quality over the actual door. However, in France and Germany, the doors are ornately sculpted, especially during the reign of Louis XIV and Louis XV. Somethings are notable in the architectural features such as decorative columns and arches. Far from the simplicity displayed by one of the most artistic countries in the world.

In modern times, doors are shaped to accommodate the changing lifestyle and exterior designs of homes and establishments in many countries. Most homes prefer simple wooden door with panels and doorknob. Others still make use of double doors. As there are many types of housing designs that emerged after the world wars, variations of door design become wider.

What are the different types of doors? 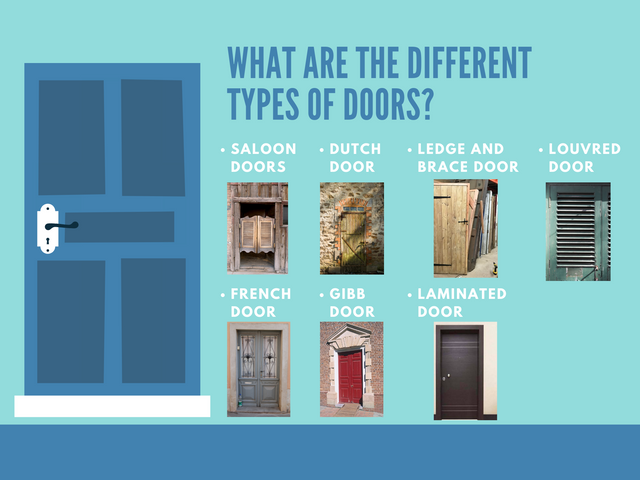 Ironically, the door that has always been taken for granted actually has many types. There are various types of doors that were developed through the years for specific purposes but are being used today as regular doors. Here are some of them:

Saloon doors, also known as cafe doors, are a pair of lightweight swinging doors that are commonly found in bars or saloon and are particularly linked with the American west. Bidirectional hinges, which incorporate springs, are commonly used on saloon doors to close the door regardless of which way it opens and without the need to manually close them. Batwing doors are saloon doors that only extend from knee-level to chest level. Saloon doors are still popular as kitchen doors nowadays.

The most prominent feature of a Dutch door is that it is divided in half, with the bottom half remaining closed while the top half opens. It is sometimes called a stable door due to its origin.  The original function of this door was to keep horses out from straying out when being fed. It is helpful nowadays to keep children inside while allowing sunlight and ventilation in through the opened half. It was effectively a door with a pretty large window combined.

Also known as a board and batten door, a ledge and brace door is made up of multiple vertical boards that are fastened together by two or more horizontal timbers called ledges and occasionally kept square by extra diagonal timbers. This type of door is still popular as HDB main door for flats inspired by rustic living.

A louvred door is made up of fixed or moveable wooden slats or louvres that allow open airflow while maintaining the privacy and preventing light from entering the interior. While this type of door became popular in the past, it is proven to be less durable than a typical door. They are most typically used today for wardrobes and drying rooms, where security is less important than efficient ventilation.

A French door is made out of a frame that surrounds one or more transparent or translucent panels, which can be fitted individually, in pairs, or in a series. The application of a pair of French doors as a French window usually does not contain a central frame. This type of door is among the most preferred ones by many homeowners due to its aesthetic quality.  A French window is a matched pair of these doors that resembles a door-height casement window. There are many flats in Singapore with French doors as HDB main door.

Gibb doors are also called invisible doors. They are designed to be as sleek as the walls to induced camouflage effects. Gibb doors are typically installed in secret rooms or wall recess to hide a foldable bed or walk-in closet.

Laminated doors are a more contemporary design for doors. They are made of laminated woods to make them oil-proof and waterproof. Since the common problem with doors is that they tend to get dull after some time due to hand traffic, laminated doors become a good alternative. Lightweight laminated doors made of plastic can also be used in bathrooms and kitchens since they come in handy with water splashes.

Types of Doors Based on Mechanism 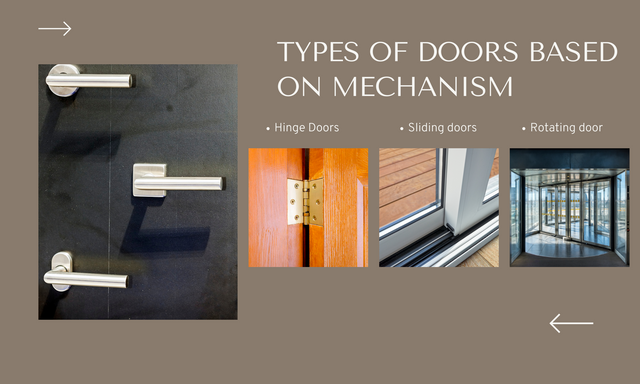 There are various types of door mechanisms available today. These mechanisms allow homeowners to have a solution for common problems such as limited space, need for ventilation, keeping children safe indoors, and letting some sunlight in. Here are some of the common door types based on their mechanisms:

The majority of doors have hinges on one side that allow them to rotate away from the doorway in a back and forth direction. Most doors open inwards. In Greek mythology, it was believed that this is done so to welcome Janus, the god of beginnings into the house. In some beliefs, it is done to let the fortune in. For more practical reasons, it is done so that the guests will need not step aside or away from the door when it is opened. The rotating axis is usually vertical. Some examples of hinge doors are as follows:

Sliding doors are very popular for their space-saving feature. Even some HDB metal gates are designed similar to sliding doors for the same reason. The doors of sliding doors can move past one other in either direction along one axis on parallel overhead tracks. They’re most typically found in closets, where they’re utilized to provide access to one side of the closet while the other half is obscured. When viewed from the front, sliding doors overlap slightly, resulting in no visible gap once completely closed. Pocket doors are doors that slide inside a wall recess. This door is utilized in small spaces where seclusion is also needed. The top of the door slab is fixed to a roller and a track, and it glides within a wall.

A rotating door features four leaves or sometimes called wings spreading from a central shaft, which form compartments that rotate around a vertical axis. A revolving door allows individuals to pass in both directions without clashing and creates an airlock that keeps the interior and outside worlds separate. This is very rarely used in residential areas as the mechanism is not really suitable for houses. However, it is typically used in the lobbies of hotels and other landed properties.

How to Choose the Right Residential Door? 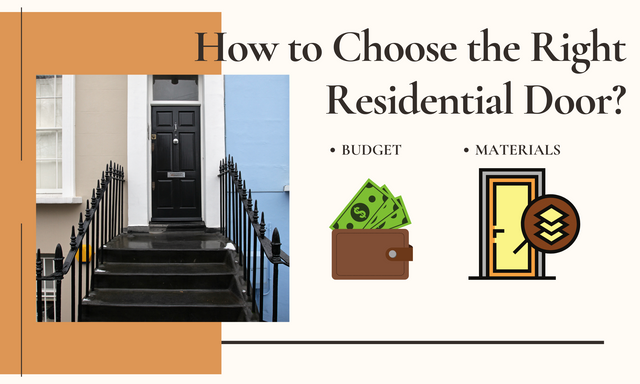 Choosing the right door for your house is a tough decision whether you are building a new house or renovating an old one. There are many factors that you need to consider when choosing the doors for your home and here are some of them:

It’s critical to have a budget made up for it, whether it’s for routine maintenance or to replace an outdated one. Since there was no budget, to begin with, some home exterior repair projects become very expensive. Spending money on the front door may appear to be a good cause until you realize you overpaid for it.

It’s crucial to look into the other aspects of your home’s door, particularly the material used for it.  The door’s material has a big influence on its efficiency and lifespan. Consider how it will appear, how long it will last, and how much it will cost to maintain. These variables will help you assess whether your budget is adequate or whether you need to make some adjustments. When in doubt, always choose a wooden door.

Where to find the best doors in Singapore? 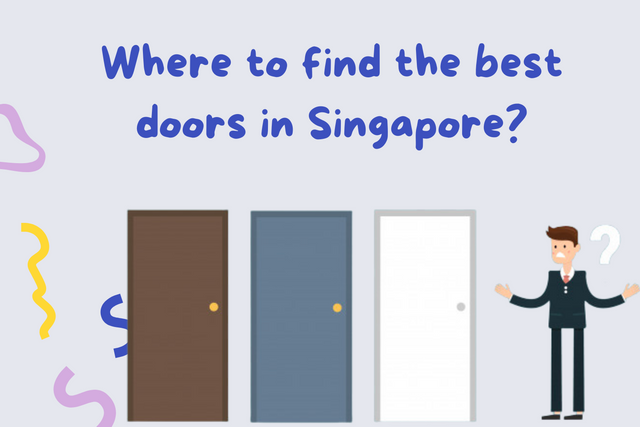 Looking for doors with proven quality and beauty? Liminal Singapore has been providing the best doors, gates, and locks including Samsung Door Locks for various properties islandwide. We have been known for our products that are proven to have superior quality, guaranteeing a more secured indoor for our clients. We also offer various services including the installation of doors and gates, intercom installation, automated doors and gates repair, and more. Our mission is to improve the security of every residential property in Singapore through our products and services. 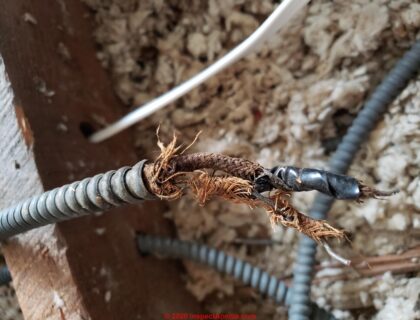 Why should you opt for an old house electrical inspection? 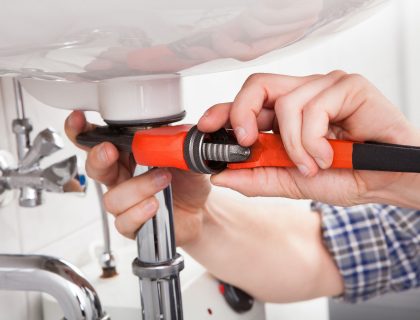 What Do You Need to Search for While Hiring a Plumber?

Furnace Tips – when should it be turned on?