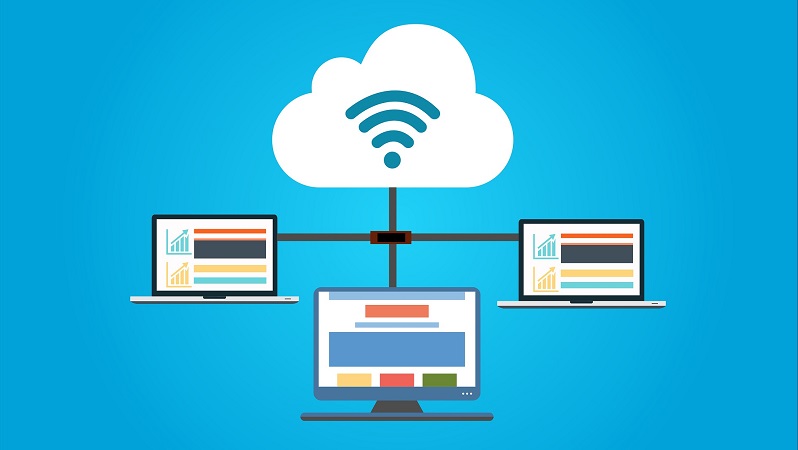 Most of us probably know that DevOps is about combining the “development” and “operation” so that two teams work together rather than in silos, while containerization is a technology which smooths out the path of DevOps practices so that they are easily adopted.

It is a common knowledge that cloud and containerization have taken the IT world by storm and are two necessary elements that are important in the DevOps environment.

Consequently, with the growing popularity of cloud-based approaches, many organizations are now adopting cloud practices like containers, which means that DevOps tools like Docker are in high demand.

For anyone interested, in this article we will discuss DevOps implementation with containerization and Docker.

In containerization, codes, libraries, frameworks, and other dependencies are packaged together so that it can easily run in any computing environment. The main use of container is aimed at optimizing DevOps for easy development to test and then to production flow of cloud distributed services.

Containerization has been gaining a lot of attraction in the development industry as it incapacitate several challenges that rise up from the virtual machines. In addition, it takes up a lot of time to install a virtual machine. Containers or containerization on the other hand, avoid these issues and provide greater capability by encapsulating all the dependencies in an image file with the software.

Here are some of the in demand container providers are:

Surrounding other trendy innovations like containers and DevOps as best development practice, Docker has gained its fair share of popularity. In the IT industry, and especially in the DevOps containerization, Docker has become the well-known concept. It is an open-source platform that provides an easier way to create, test, protect, and distribute containerized applications. Additionally, Docker put great emphasis on the use of cloud, Linux, and Windows OS to provide services quickly and effectively.

Furthermore, as Docker is a container platform, it boosts development and speed up the software development by encapsulating application and its dependencies into a container. This process in turn optimizes performance by eliminating the need to emulate the environment on all machines designed to test solutions, resulting in saving time and efforts along the way.

For DevOps, containers have become a viable tool. Containers are used to resolve application disputes between diverse environments. Containers and Dockers help bridge the gap between developers and IT operations to facilitate effective collaboration. Implementing the workflow of containers offers several customers with the much needed DevOps continuity more easily. In other words, containers streamline the build, test, and distribution pipeline in DevOps.

When you run DevOps workflow for Docker applications, you will find that Docker technology is present in all the phases of the workflow, from the development framework, to internal loop (that is: code, run, and debugging), test or CI phase, and at the end deployment of container in production environment.

Additionally, with Docker you do not have to worry about the machine compatibility issues as it can be easily deployed on any machine. This in turn, makes the use of software much easier, less development effort, and easier to maintain and distribute.

Mentioned below are the useful steps to effectively implement Docker containerization:

Containers facilitate the association of different teams which includes developers, testers, and administrators as all of them work in the same environment with the use of containers. Basically, when containers are used to build, test, and deploy, the environment remains the same in the distribution chain

Containers give developers easy access to the software they require to run the application. With the help of Dockers and Kubernetes tools, operators can build an infrastructure to run programs with the management of container infrastructure like code.

Multiple cloud platforms can be used to run the containers. You can choose from various cloud platforms available such as Amazon ECS (Elastic container services), Amazon DevOps Server and GCS.

Since the environment is contained in insulated containers, the scalability is done much faster, which is especially handy for a distributed app.

Containerization is considered as the best cost effective option for many organizations as it supports multiple containers in a single infrastructure.

The information technology industry offers a wide range of solutions for containers, but the skills are needed to maximize the benefits and avoid unintended consequences. In terms of security, containers offer each application an isolated place to make sure the application is separated from each other. Like DevOps require proper knowledge and training, to make the most out of containerization one should get proper training and use the right tools.

Mon Mar 23 , 2020
World War II is a major part of history that everyone knows about and will likely never forget. It was a turbulent time that changed the lives of millions and its devastation still ripples across the world to this very day. Looking at World War 2 German armbands can bring […]