Increasingly, the trend in developed, prosperous countries is for men and women to want to have a child after they have established themselves professionally and financially. No one would be surprised to see a man or woman who has decided to become a parent after 30 or even later. Only now, according to statistics, on average, a woman becomes a mother for the first time at age 26, and the age of parenthood is increasing at the same rate. It can be considered perfectly normal for a man who is already 40 to have his first child.

On the one hand, it allows people to establish themselves before having a child, because children are a huge responsibility for which one should be prepared. On the other hand, the reproductive health of women and men is getting much worse every year, and more and more mature men are having problems having children.

What happens to the male body as we age?

Such an interesting concept as reproductive age, that is, the ideal age for conceiving and having a child, applies to men as much as it does to women. In mature men, the quality of sperm decreases the sperm cells become more sluggish, and just like in women, damage in DNA forms, which can lead to serious abnormalities in child development. Ultimately, this makes it more difficult for a man to conceive a healthy child each year, and increases the likelihood of various developmental abnormalities, including those that cause early miscarriages.

If you are interested in cost of gestational surrogacy, we advise you best surrogacy agency – Delivering Dreams.

The decline in reproductive health in men is mainly due to the production of specific hormones that are responsible for the quality of the reproductive system. In addition, as men age, chromosome abnormalities become increasingly apparent, and the consequences of bad habits like smoking or regular alcohol consumption accumulate. Just as important is improper nutrition, as well as significant excess weight, which inevitably leads to hormonal imbalances. Mature men are also much more likely to have chronic diseases, including cardiovascular disease or inflammation in the body.

Over time, a man develops more and more damaged DNA in his sperm. This leads to a significant decrease in the chances of conceiving a baby. In addition, even if a baby can be conceived, there will still be a high chance that a miscarriage will occur. This is because deformed DNA can be passed on to the baby, and the woman’s body rejects the embryo as not being of sufficient quality. Approximately 40% of natural miscarriages occur precisely because the embryo contains defects in the chromosomes.

How to increase the chances of conception

First, if a man at a mature age does not manage to have a baby, he needs to see a doctor. First, a man’s sperm is checked, its quality, sperm motility and sperm concentration. Why a man is checked in general for various infectious diseases, including sexually transmitted diseases that may be hidden for a long time, but still affect the reproductive system.

Knowing LL-37 in a better way 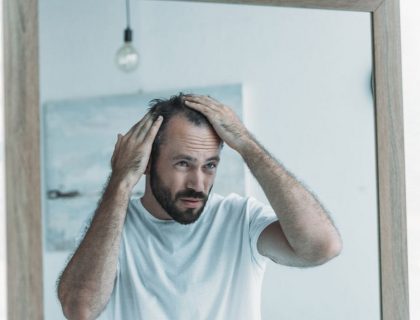 Basic Tips How To Care For Male Hair 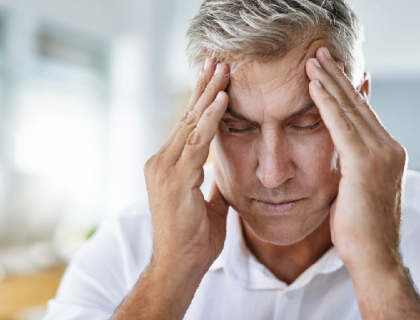 Is there any difference between migraine and headache?